In A Lonely Place…

Carla Dal Forno’s songs recall the stripped-back post-punk of Young Marble Giants, in which songs resemble uncovered timepieces; clockwork innards exposed. Carla has the same quality of fragility, songs with no hiding spaces, secrets revealed. These songs are fuzzy, lo-fi and teetering on the point of dissolution. With echoing drums and dolorous bass, these are songs shrouded in funeral veils.

However, these intricacies are welded to a Tangerine Dream sensibility of imposing synth soundscapes. Not the albums of T-Dream mind you, but the Hollywood soundtracks. The keening, saturnine noises here are closer to the existential drama of Sorcerer or the eerie atmospherics of The Keep. This suggests loneliness and Carla’s sense of place within an unforgiving environment. Desolation fascinates as we seek to learn more.

This merging of styles is fascinating, at the same time she is both exposing and mystifying her songs. Attitudes collide to make a pained dilemma of intent. Confusion over direction leaves the listener lost. We worry for as her isolated voice drifts. This dissonance demands attention.

‘The Third Eye’ offers a beefy selection of zoned out guitars to make a shuffling number that occasionally shoots out a spiralling solo or two. Reminiscent of Dead Horse One’s EP Heavenly Choir Of Jet Engines and that band’s knack for knocking out accessible psych.

‘Breathless’ offers boogie bass, surf licks and a spoken word vocal. Cruising along BJM style for a mere 2 minutes, other bands would have dragged this out for a good 9 more. A good song for a montage of teens dancing in a field at an overpriced music festival.

‘Mysterious Transmission’ starts with some indulgent noise before kicking into another crunchy, insistent riff.

There’s a real directness at work here, not so far removed from BRMC, or dare I say it, Oasis. This is hearty rock ‘n’ roll tinged with a taste for the noxious and an eye on a good night out. Or, maybe it’s a baby Hawkwind having just discovered ciggies.

Ok, The Sun’s Evil Twin are never going to win awards for originality. But on the evidence of this EP, they’re cooking nicely. A brisk record that won’t change the world but offers a refreshing shot of something tasty.

The Last Bee On Earth is Mike Bee, the prolific guitarist late of Manchester’s best band, Purple Heart Parade. Before that he was in The Phoenix Experiment and before that, The 66. His ongoing solo project is tucked away on soundcloud, one day it will be fully released into the wild. Until then colourhorizon is here to tell you of a treasure…

The Last Bee On Earth proves to be a summation of a man seeking the Earth bound deities behind our once green world. A man exposing the fat-cats at work in our corrupted Eden. The Last Bee On Earth is a dangerous part of the ecosystem, a melancholy symbol of what we had and what are losing. Mike’s music spins on his themes and concerns.

At the heart the project is a simple foray into classic singer-songwriting that takes us through psych, blues and electro.

‘Mossed In Space’ chimes languid and locks into a liquid groove, a shamans appetite-whetter.

‘The Gates Of Heaven’ is the keystone, a slow and seductive lament in which Mike spins between defiance and dejected. Aching blues licks dance over tortured drums. Punching the chorus harder every time, he delivers the emotional heart of The Last Bee’s final flight.

‘The Mechanisation Of Gaia’ twists with slo-mo electro under a fractured riff. A distorted dance. Trippy protest music.

‘White Widow Blues’ is a twanging dirge, Grinderman on the back porch, soul digging.

‘The Concept Of Alan Watts’… is best just to tune in and ruminate.

Finally we have The Last Bee’s remix of Ghostpoet’s ‘Meltdown’. Hot and torchy, ready to party while the world disintegrates.

Another name to add to the region’s roll call of singer-songwriters, I for one can’t wait for when The Last Bee On Earth will get a proper release…

Way back in the long, long ago there was a romantic vision of travelling by plane. Sitting in the departure lounge, sipping a martini then off onto Concorde for a jaunt to New York. I bring this image up as Boston Building’s EP Friend fits perfectly with this jetset age of yuppie cool. This is smart, slick cosmopolitan pop; smooth of construction, elegant in the design and tailored for your comfort and enjoyment.

This amaretto flavoured pop is somewhere between ABCs conviction in the artificial and the faux soul of Bowie circa ‘Young Americans’ with a distinct 21st century gloss of iPhone style. This is sharply attired music; where the plastic is tempered by a skilful approach and a convivial temperament.

Leading this charge is the sumptuous ‘Melody Maker’ which saunters into a widescreen chorus over a sweeping backdrop of strings. Meanwhile ‘Warpath’ night time electro bursts with iridescence, nearly melting into the vocals.’When You Need Somebody’ has the slow glide that became so popular in the wake of the movie Drive, with an evocative, slow-passion build. Title track ‘Friend’ is the slowest and most overwrought, bubbling into a soapy drama.

It’s not all perfect, at times Friend strays a little too far into the realms of the overly auto-tuned and can sound like it should be advertising cars while you’re at the multiplex wondering if the movie you paid £10 for will ever start.

Friend is an EP that rewards with repeated listens and can become a 15 minute package that’ll find your hitting play more than you’d initially expect.

Listen and relax before you leave for New York 1983…

Halfway between the throaty motorcycle grunt of Jesus & Mary Chain and the cotton candy dreampop of Richey Rose’s associate [the fabulous] Jennie Vee, Swellebound are concocting a sweet delight. The EP / shortish album Your Rose came out last September… 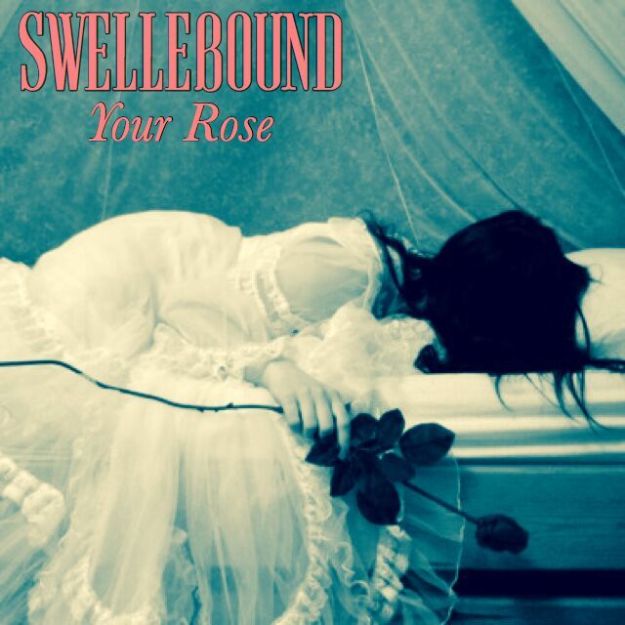 ‘Push It’ jigs on live-wire lines of gluey indie guitar, stuttering power jams. Ace shoegaze chorus spins us headlong into the long ago.

‘Concertina’ has a sun-kissed, sun-bleached disposition with the slightest baggy Manchester vibe amidst the swirling guitars.

‘Fade’ has an acoustic, jaunty spring to its step. Wide eyed and heartfelt this could easily have been in the soundtrack to a cutesy 1995-ish comedy.

Offering shoegaze with an edge of classic 90s pop, Swellebound have tones of fun.

There once was a band called Moon. They specialised in lush pieces; sometimes mellow, sometimes dramatic, but always with a filmic gloss that made them perfect for a blue filtered Michael Mann techno-thriller.

Then Moon were no more. Fear not, it was just a name change to distance themselves from the 50 million other bands called Moon, or Moon-Something, or The-Something-Moon.

Now there is a band called Astral Lynx. Much better. A name to grapple with and stoke the imagination. Astral Lynx. It sounds drawn from a Saturday morning cartoon. A colossal star-beast which spits fires and devours worlds, sworn enemy of the Lizard King and his cohorts. A name befitting such a classy, evocative band.

And now for the debut single of Astral Lynx, ‘Renegades’, flagship of their debut album, Flow, due to arrive in June. 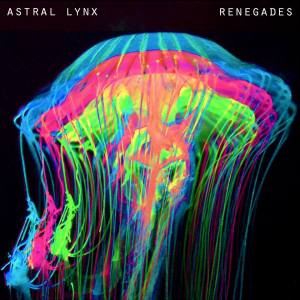 ‘Renegades’ wrong-foots at first with a dirty rock riff before settling down into a slinky and vigorous boogie, as if lava is bursting through the ceiling and oozing downs the walls. The end result is a psych James Bond theme, you can practically see the dancing lassies in silhouette. Constantly shifting, with that greaseball riff never too far away and a quiet middle section, Astral Lynx are proving that for style and drama they are a band to keep an eye on.

Flow should be very interesting indeed…

Rhys Bloodjoy, the Desolation Cowboy himself, stalks the rainy streets, wolf-like, wraith-like. An urban(e) gentleman with a shogun spirit.

On stage he beats his guitar with his hand then loops these to create the backing for his guitar to knock the breath from your body. A wiry figure, head hooded, he erupts his one man drama diorama, whipping himself and the crowd into fervour, loosing himself within the music and expecting the crowd to follow him down. If John Cale was in Massive Attack and they scored Westerns you may get close to the heart of this noir-ish ninja, but far from the soul.

Bloodjoy’s music is brutalism set to music; the DIY loops, the furious oil-slick guitar and a banshee howl. Primitive, back street sea-shanties. All mixed with the homespun tang of pale ale and everyday violence. It’s psych but the beats become trance. Intensity breeds fascination. His music is stripped back but heavy, a man with no background who sees the meaning of all.

‘Scandinavian Girlfriend’ has all sorts of radioactive Mazzy Star spewage, a slow spread of malevolence.

‘Broken Window’ has a mechanical, obtuse, cracked riff played over, over and fucking over, until your stomach is tied up in knots. A garage-eastern-psych-punk splattering of blood.

A hypnotic live act and a unique sound. Get on the trail of the Desolation Cowboy…

colourhorizon
Create a free website or blog at WordPress.com.